They say “never meet your heroes.” Well, I’ve met Roger Federer at the BNP Paribas Open a long time ago, and he seemed like the nicest guy in the world. Someone who was truly fit to embody the sport of tennis. If you are a tennis parent with a child who looks up to Roger Federer, then perhaps this article will give you a chance to reflect on his amazing career. We will highlight some of his most impressive accomplishments, briefly touch on his retirement, and examine the overall impact he had on the sport of tennis. 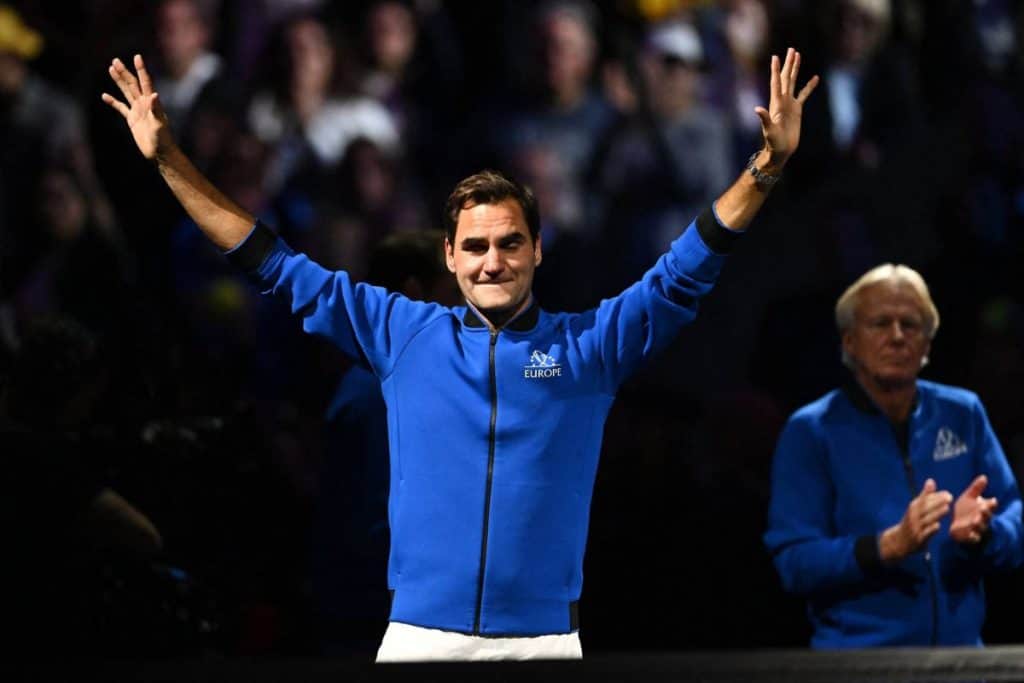 Roger Federer is a Swiss tennis player who has been ranked world No. 1 by the Association of Tennis Professionals (ATP) for a record 310 weeks, spanning over five years. He has won 20 Grand Slam singles titles—the most in history for a male player—and has held the world No. 1 spot in the ATP rankings for a record 237 consecutive weeks.

Federer has won 106 singles titles, the second-most in history for a male player, and 20 doubles titles. He has reached a record 35 Grand Slam finals, including 10 in a row from the 2005 Wimbledon Championships through the 2007 US Open. Federer has also won a record six ATP Finals, 28 ATP Tour Masters 1000 titles, and an Olympic gold medal in doubles.

Federer’s all-court game and versatile style of play involve exceptional footwork and hand-eye coordination. His ability to anticipate opponents’ shots and his preparation and execution of shots have been noted as among his greatest strengths.

The Early Days of Roger Federer

Federer was born on 8 August 1981 in Basel, Switzerland. His father, Robert Federer, is a Swiss-German from Berne, and his mother, Lynette Federer (née Durand), is an Afrikaner from Kempton Park, Gauteng, in South Africa. He has one sister, Diana, and two brothers: Marco, who is a tennis coach, and Oliver, who is a retired professional footballer. His parents met while studying economics at the University of Pennsylvania.

Federer was raised as a Roman Catholic and spoke Swiss German as his first language growing up. He holds both Swiss and South African citizenship.

Federer played his first tennis when he was eight years old and competed in his first international tournament at age 10. He began working with Swiss tennis coach Peter Carter in 1995. In 1998, Federer won the Junior Wimbledon title and, as a result, he was ranked the world No. 1 junior player.

Federer’s professional career began in 2001. He won his first ATP title that year at the Marseille Open. His first Grand Slam victory came at the 2003 Wimbledon Championships, where he defeated Mark Philippoussis in the final.

Federer has won a record 35 men’s singles Grand Slam tournament finals, including 10 in a row from the 2005 Wimbledon Championships through the 2007 US Open. He has also won a record six ATP Finals titles and a record 28 ATP Tour Masters 1000 titles.

In addition to his 20 Grand Slam singles titles, Federer has also won an Olympic gold medal in doubles (with Stan Wawrinka) and a silver medal in singles.

When did Federer Announce his Retirement from the ATP Tour?

Federer announced his retirement from the ATP tour on September 15, 2022. Federer cited his age (41) and the toll of numerous injuries as factors in his decision.

What has been Federer’s impact on the sport of tennis?

Federer’s success has helped to popularize tennis around the world and has made him one of the sport’s most recognizable and influential figures. He has been credited with helping to raise the profile of tennis and with increasing its popularity among young people. Even when I was a child, I remember proudly displaying a Roger Federer poster in my bedroom. It showed his iconic victory pose with the caption, “GOAT.” I think he still holds that title today!